The Urban Playground Challenge is an initiative of The School, a post-academic residency that aims to explore how art and design, in collaboration with city institutions and communities, can improve public life in Hasselt. The challenge area was set by the Department of Sport in the city of Hasselt, and focused around the urban renewal of an inner-city playground at Sint-Jansplein. On April 6th we launched the playground at the “1st Urban Playground Festival”, bringing the whole neighbourhood together with food, music and activities such as basketball, rollerskating, a massive pillow fight, ping-pong and an alternative play workshop.

As the designer, I worked to develop the overall identity; a new playground logo, as well as the posters and flyers for the festival. As a central focus of this area, I decided to repaint the old basketball court that shapes the playground. For the court design, I worked with blue and white (colours which are recognisable from the water tower around the corner) and orange to break the contrast. For the central focus I added numbers painted in calligraphy. I had an awesome team of artists helping me with the painting and outlining which took us about 5 days.

Our approach to this project was multi-faceted, involving various artistic outcomes over a staggered timeline to activate the area, we putting the spotlight on Sint-Jansplein to show what is possible when artists, designers, local residents and the city collaborate to renew the neglected playground.  Our three pillars of activity which anchored the various interventions and approaches to this challenge were focused around curiosity, connectivity and play. 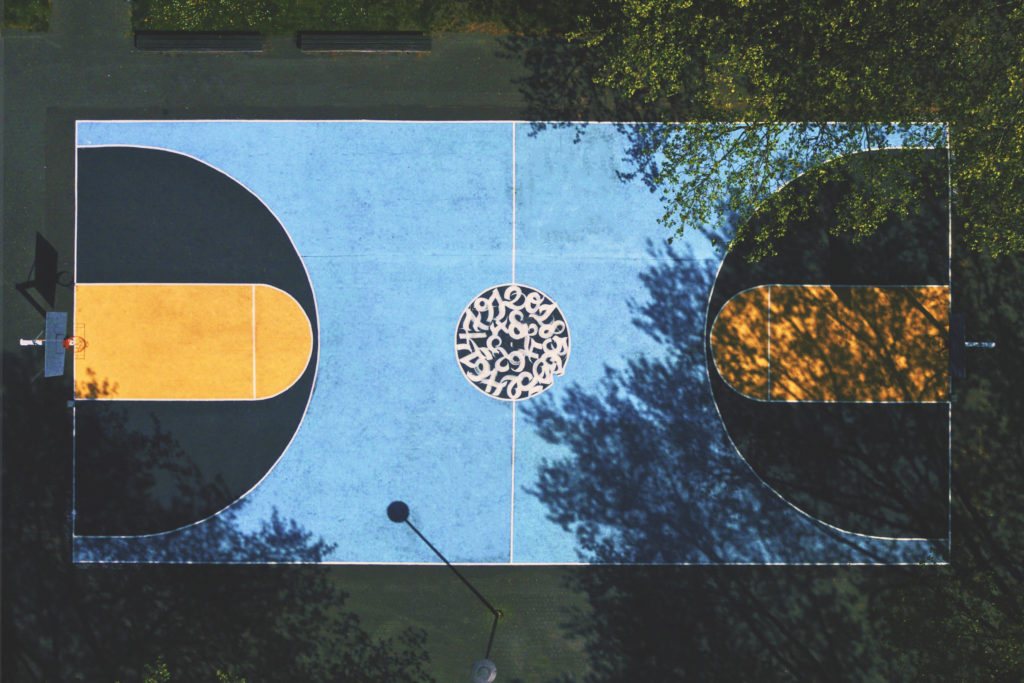 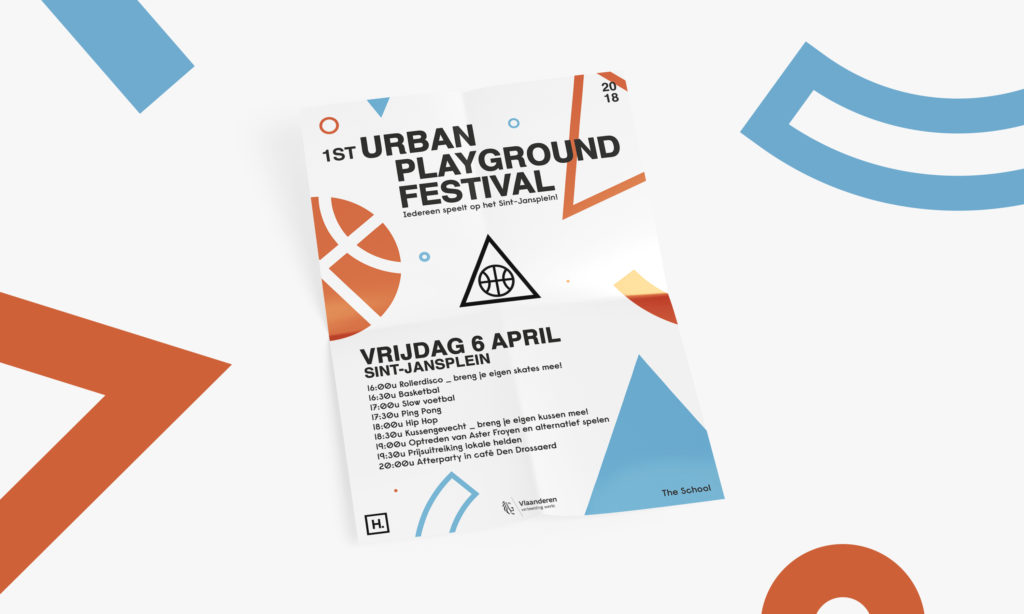 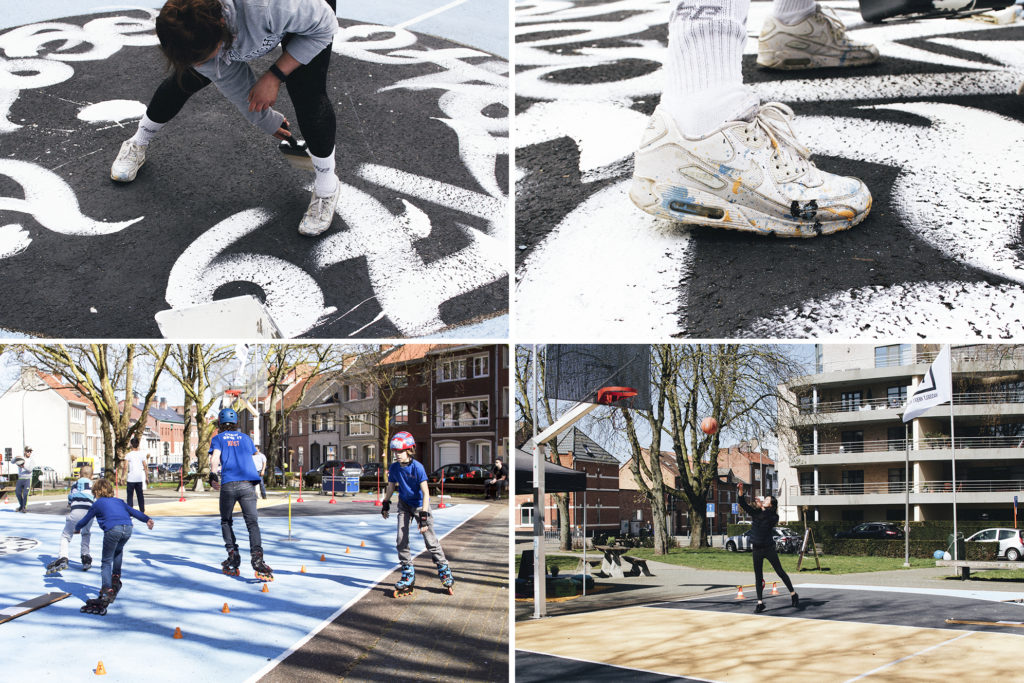 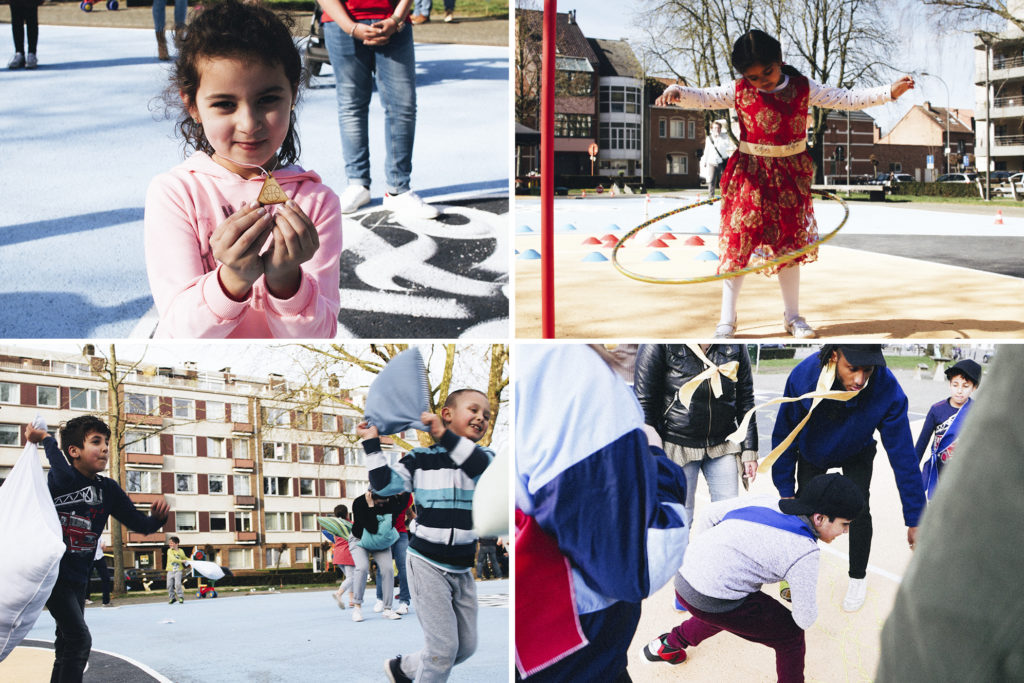